Translating Poetry For Your Valentine

On Valentine’s Day we express our love and affection for others in many ways – be it through gifts, flowers, chocolates, or even poetry. But love poems in different languages that best express our feelings can lose their essence in translation. Luckily, professional translation services providers, skilled in translating poetry have been able to convey the meaning of some of the world’s most famous love poems – such as “A Ballad About Love” by Vladimir Semyonovich Vysotsky.

END_OF_DOCUMENT_TOKEN_TO_BE_REPLACED

Everyone in one form or another celebrates the New Year, some in January, others in February (Chinese New Year) or March (Persian New Year). Most Global New Years traditions involve some kind of typical feast. This year Language Connections, a Boston-based interpretation and translation services company, shares their families’ New Year’s Eve traditions. English: Happy New Year – In Northern England, on the border with Scotland, we have a few unique traditions, for example, First Foot. The “First Foot” refers to the first person of a household to enter the house on New Year’s Day, and thus the carrier of good fortune for the coming year. The unlucky person must wait outside during the countdown to the New Year. Traditionally, it is supposed to be a young male. As for food, in Scotland New Year’s Eve is called Hogmanay, named for the oat cake that was usually given to kids on New Year’s. German Translation: Prosit Neujahr –There are a lot of very regional New Year’s traditions in Austria – celebrating it in Styria is very different from celebrating it in Vienna. But one tradition, which happens nearly everywhere, is to eat a “lucky fish” just after midnight. That is, a biscuit in the shape of a fish, usually provided by the host. It is important which end to start eating the fish from! Only if you eat it from the tail “upwards” you can make sure that the luck for next year doesn’t swim away. If you start eating it from the head, you don’t curse yourself for the following year –- but you still should get another fish to do it again.

Spanish Translation: Feliz año nuevo – The most widespread New Year’s Eve food tradition is eating twelve grapes. Shortly before midnight, every Spaniard gathers silently at the main square, or in front of the TV —or near the clock at Puerta del Sol, in Madrid— with twelve grapes.  In the last twelve seconds of the departing year, we eat a grape for each of the clock’s chimes. Not doing it on time, or not doing it at all, may result in a very unlucky year! That is why they’re called “the twelve grapes of luck”, symbolizing the 12 months ahead. The tradition originated at the end of the XIX century. Grapes and champagne were a typical dessert at the New Year’s Eve dinner among the Spanish aristocracy. In 1909, some Alicantese farmers popularized the tradition in order to get rid of surplus after a very abundant harvest. Those who don’t like grapes —or just don’t want to take the risk of choking— may replace them with candy, nuts or olives. The superstitious often say that the result is not the same. Russian Translation: с новым годом – Eating caviar and drinking champagne are considered a very traditional way to celebrate New Year’s Eve in Russia. Another popular tradition involves writing down a wish on a small piece of paper, then burning it and sprinkling the ashes in one’s glass of champagne. Russians often drink it while the Kremlin clock strikes 12:00 midnight and ushers in the New Year. Greek Translation: ευτυχισμένο το νέο έτος – Vasilopita, or King’s Cake, is a cake made especially for New Year’s Eve in which a coin is hidden inside for good luck. As Greek tradition dictates, the cake is cut by the head of the familly on New Year’s Eve to bless the house and bring good luck for the coming year. This is usually done at midnight of New Year’s Eve in Greece. Every person gets one slice, usually from oldest to youngest, and there are also slices cut for those who are absent because they are far away or deceased. The person to whom the slice with the coin goes is the chosen lucky person for the upcoming year. Greeks usually break the piece apart with their hands to find the coin before consuming the delicious treat. 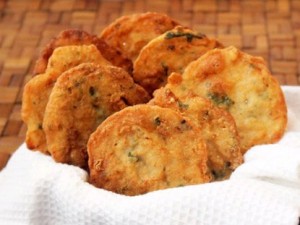 Italian Translation: Felice anno nuovo – A New Years tradition in Italy is the game called Tombola. This is similar to Bingo.  Italians also drink Prosecco, an Italian sparkling wine. In many towns and cities there are displays of fireworks and lots of music and dancing. Traditionally Italians eat lentils, symbolizing  good fortune and cotechino, a large spiced sausage, or a zampone, made of pork. The pork symbolizes the richness of life in the coming year.

Are You an English Bilingual? British English vs American English

In this increasingly globalized world, or globalised, using the correct form of English is paramount. The population of the US is over 300 million, while the UK is home to over 60 million people, therefore businesses must know the difference between British English vs American English.

END_OF_DOCUMENT_TOKEN_TO_BE_REPLACED

Should You Stay True To A Language’s Form When Writing Multilingual Content?

A question was recently posed to Google’s John Mueller about whether or not optimizing multilingual SEO content for users searching without special characters, in a language traditionally written with a certain script, would help rankings. His answer? No.

END_OF_DOCUMENT_TOKEN_TO_BE_REPLACED

Nearly a billion people worldwide participate in the Diwali celebration and almost a dozen countries officially recognize it as an official holiday. Dozens of cities across the United States, Canada, Australia, and the UK also have significant celebrations, dazzling both religious observers and casual passers-by. Despite the holiday’s increasingly global reach, many unfamiliar with the holiday are still unsure of its origins and significance.

END_OF_DOCUMENT_TOKEN_TO_BE_REPLACED

Persian New Year, known as Nowruz, falls on the spring equinox marking the first day of spring. It has many special customs associated with it, and is one of the most important and oldest Iranian holidays celebrated by all religious and ethnic groups in Iran.

END_OF_DOCUMENT_TOKEN_TO_BE_REPLACED

Today all around the world, people of Irish decent (or just lovers of Irish culture) are getting ready to celebrate St. Patrick’s Day. From parades to feasts, people will gather to commemorate Irish history and culture – which stretches back far before the first ever St. Patrick’s Day parade was organized. A glance at Irish culture reminds us of the important role that language plays, and the uniqueness of the Gaelic language. Gaelic writers have a significant literary impact, but in order to reach a wider audience their works need professional Gaelic literature translation.

END_OF_DOCUMENT_TOKEN_TO_BE_REPLACED

Global Corruption on the Rise: The Importance of Legal Translation

Transparency International has recently published the Corruption Perceptions Index for 2016. This index ranks countries by their perceived levels of corruption. According to the recent report, more countries increased in corruption levels, rather than decreased, showing the urgent need for committed action to thwart corruption. With FCPA anti-bribery and corruption requirements increasing, the need for legal translation services is evident.
END_OF_DOCUMENT_TOKEN_TO_BE_REPLACED

The Need for a Spanish Miranda Rights Translation

Today, roughly 45 million of the U.S. population speaks Spanish as their first or second language. Providing these individuals with vital information in their native language is a problem many government institutions face, including the juridical system. English to Spanish legal translation services are of course provided by the court, but until recently, there was still one vital moment where no proper standardized translation was available  – the reading of Spanish Miranda Rights. The official standardized Miranda Spanish translation is now a requirement for police officers serving the Spanish speaking community.

END_OF_DOCUMENT_TOKEN_TO_BE_REPLACED

International business practices are complicated  – many times what’s considered normal in one country is outlawed in another. Although the global community is moving more towards a universal standard for corruption compliance, one can still find big names coming under fire for breaking such rules. JP Morgan Chase’s dealings with Chinese partners is one of the latest examples, as they became caught up in Guanxi corruption… END_OF_DOCUMENT_TOKEN_TO_BE_REPLACED